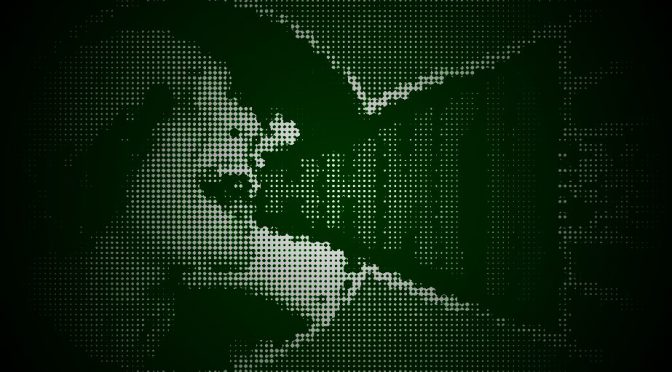 A crucial trait of a competent engineer is his observation capability.

This is not necessarily confined to technical systems and non-living objects but covers human behavior as well.

As a matter of fact, you don’t do very well in your career if you aren’t capable of comprehending human psychology to some extent and aren’t a good observer of patterns in human mannerisms and habits, regardless of the technical skills you may possess.

Human behavior in competitive social networks will be the context for this short treatise, which illustrates a certain type of informal communication within those environments.

Going to lunch with your co-workers is an important catalyst to establish your professional network, and a source of information that must not be underestimated.

When you know the persons on your lunch-table well, the spectrum of one’s daily conversations can range from sterile technical talk to plain and mundane chit-chat.

And at times, it can turn into profound debates about the ambitions, the behavior and the affairs of other (usually absent) members of the group – also known as “organizational gossip”.

The term gossip by itself is pretty notorious, and “gossiping” is a very distinctive human preoccupation.

Everyone who works in larger companies could name right off the bat co-workers who have a propensity to engage in this activity, and everyone would confirm that there are co-workers who are undoubtedly more interesting to gossip about.

If you make an attempt to outline a pattern you see the social status of the gossip object in the respective organization as apparent gravitational force, yet there seem to be further significant factors at play too.

Nonetheless, gossip is frowned upon in a professional environment, so these sorts of interactions take place in a largely subtle manner – when they take place.

In the following I want to make a short systematic approach to the topic by discussing two questions:

I am of course not a specialist in behavior analysis but an engineer, so apart from my personal experience I’ve incorporated in this text I made the mandatory research about this subject beforehand.

The references I used you can find at the bottom of this blog-post.

Our basic assessment is that gossip isn’t inherently a bad thing.

It serves an important social function though it is certainly not always positive communication – it can be highly negative as well1.

People want to position themselves in the dominance hierarchy, hence they are interested in fathoming out the structure of their actual social environment in order to increase their overall social resources.

So even negative gossip is not necessarily bad (exceptions see below) – it can help to reinforce group-norms and standards which had been violated by certain group members.

That is in accordance with the research results of evolutionary biologists. Gossip can be a means to spread valuable information within a collective. One can get an idea about the social bargains and the general code of behavior within the group, so she has a chance to modify what is deemed as social unacceptable.

If she’s involved in gossip, it is a statement about her standing in the group. And if she participates, she will signal her commitment to this group.

1 and in seldom cases also be neutral; however, neutral chit-chat is not gossip by definition – workplace gossip is behavior evaluation of a co-worker not present at the moment.

Think about your workplace for a second. There is surely that one colleague be known for her astounding up-to-dateness on information as to personal affairs of her co-workers and a strong tendency to gossip, generating a kind of unease in her more conscious peers as soon as she opens her mouth.

This sort of talk serves no purpose whatsoever. Pathetic chit-chat about co-workers is not just negative, but genuinely negative gossip.

It is for the most part self-serving and narcissistic. Either way, no one benefits, neither the team nor anyone else in the corporation.

Reasons for such behavior are not hard to guess: it can be envy, boredom, or just attention-seeking. When the affairs and private matters of colleagues are concerned, people who seem otherwise slow and lazy are capable of staggering feats of logical thinking.

Fortunately, that sort of behavior is rather the exception and the intentions fairly easy to decrypt. Such colleagues are generally unpopular and usually avoided due to their overall irritating attitude.

Creating this article reminded me of my childhood days where we often listened to the popular “Grimms’ Fairy Tales”, or watched one of the animated fairy-tale movies on TV.

A common cliché of fairy-tales is that they follow an archetypal black/white scheme with exceptionally attractive protagonists.

They are youthful, very pretty (female) and handsome (male), respectively, high-status (usually a prince or a princess) or at least on the verge of high status.

Rapunzel (published in 1812): “There was once a man and a woman who had long in vain wished for a child. At length the woman hoped that God was about to grant her desire (…). Rapunzel grew into the most beautiful child under the sun. (…) At first Rapunzel was terribly frightened when a man, such as her eyes had never yet beheld, came to her; (…) the king’s son (…) was young and handsome (…)”


The Goose-Girl (published in 1815): “The king of a great land died, and left his queen to take care of their only child. This child was a daughter, who was very beautiful. (…) When she grew up, she was betrothed to a prince who lived a great way off. (…)”

King Grisly-Beard (published in 1812): “A great king of a land far away in the East had a daughter who was very beautiful, but so proud, and haughty, and conceited, that none of the princes who came to ask her in marriage was good enough for her, and she only made sport of them. (…)”

By contrast, an ugly character is invariably evil and deserves to be punished or killed off quickly.

Mother Holle (published in 1812): “Once upon a time there was a widow who had two daughters; one of them was beautiful and industrious, the other ugly and lazy. (…)”

A wicked counterpart is necessary for the narrative, but the character requires no development or much of a background story.

It is not necessary to know much about her, aside from her character flaws which are usually depicted in greater detail.

So it is obvious that we encounter status and the distinction between attractive and unattractive from early on in childhood, and the moral content of such fairy-tale stories is part of the socialization process to which everyone is subjected to2.

After school, social hierarchies start to grow more and more subtle and intricate, and without awareness and knowledge it can be hard at times to maneuver in them properly.

By discussing organizational gossip in a competitive environment, one must acknowledge that not only the (more or less easily discernible) status of a gossip object is important.

The particular branch of the company, its inner structure (e.g. male or female dominated), and at the bottom end team and group boundaries are decisive factors for gossip to happen just as well.

So, what would be an eligible target to gossip about in a, say, big engineering company which operates on a large scale on the free market?

Since the company-departments are normally not in mutual competition and every team contributes to a specific goal or well-defined project, it is of utmost importance to have a reliable network inside one’s own team to maximize one’s contributions to the results.

That is a necessary condition and the bare minimum to begin with because nobody respects a co-worker who is ineffective or not a team-player. Here, negative gossip could be a corrective factor.

It makes sense that no one wants to be associated with this kind of person in order to avoid being suspected himself as ineffective, so any gossip at all about such low-status co-workers would be rather an exception, especially if they are not part of one’s own team.

At the end of the day, knowing (or even worse being friend with) such low-status people would reflect negative light on myself.

Evidence suggests strongly that the lower the status of a fellow employee in the overall organizational network, the more likely she is being subjected to negative gossip.

‘Negative gossip in organizational networks is concentrated on a small number of objects (“scapegoats”).’  [Web-Reference 2]

Things are entirely different with people who are perceived as effective and popular. I would prefer to be associated with such people, and so does everyone else I suppose. And what could be an expedient way to show off with a connection to that person? Talk about her and her deeds positively as if she is a good acquaintance of mine, what suggests belonging to the object’s social circle.

Here in particular it is not so much confined to team boundaries, but stretches across the whole organization. We want to be associated with the head of the department, the team leader, or ideally the CEO.

Balancing between competition and co-operation is an everlasting process in big corporations, and in human societies in general.

According to evolutionary biologists, language is first and foremost an instrument for manipulation.

That is essentially true for a phenomenon called gossip, that can enforce group standards and spreads valuable information within a group. But it can also be a means for self-promotion by boasting about connections to high-status persons through positive talk.

It is critical to get a good understanding of the phenomenon in order to avoid falling victim of manipulation and negative gossip yourself, and to climb up the company ladder – if that is your goal.