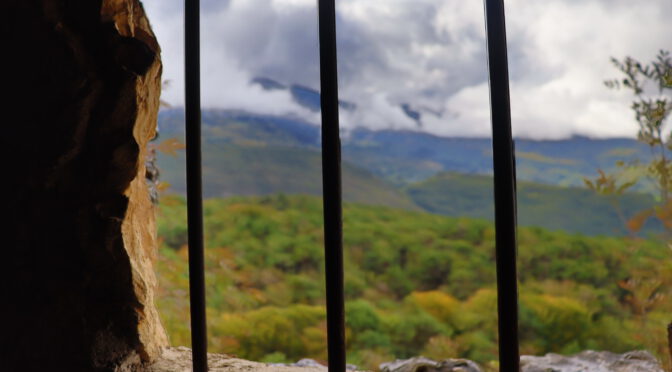 With the second wave of the pandemic arising, traveling gets more and more restricted again.

So I was considering my options for the remaining days of vacation in this year: the immanent problem of how to keep my brain active and my comfort level low, but being at the same time responsible about the health of my fellow men (and not to forget my own).

For me, the trappings of comfort are indeed a big problem.

I am presently drifting back in full homeoffice-mode with all its tempting conveniences, subtly and almost unnoticed by myself.

So I checked the current travel restrictions, compared prices, grabbed my backpack, and off I went: to Northern Italy for a solitary march through the Dolomites.

The Dolomites mountain range1 is a place I’d never visited before, though the region is not really far off from Bavaria: with the Eurocity connection about four hours from Munich to Bolzano, and about five and a half hours to Verona.

As someone who hiked almost exclusively in the High Tatras in Slovakia in the last two years, the difference in appearance of those two mountain ranges is striking.

There you have entirely granite, i. e. magma type rock. And in the Dolomites you have a mixture of dolomite (the name of the mountain range is derived from the mineral’s name) and limestone, that means, simply put, minerals formed millions of years ago as the Alps had been an ocean bed.

The Dolomites possess dozens of peaks well over 3000 meters AMSL (Above Mean Sea Level; every height stated below is AMSL), what fascinates me all the more about this particular Alpine area. The highest peak I’ve ever ascended is Rysy2, located in the western part of the High Tatras (2503 meters).

Through the Dolomites ran one major frontline of the 1st World War. Between 1915 and 1917, the Austro-Hungarian army fought a gruesome (yet more or less successful) defensive battle in high altitude mountains against Italian troops.

Some of the disused bunkers and fortifications can be visited around the city of Trento (Trient), were I had my hotel for a couple of days.

1 the mountain range itself is part of the Southern Limestone Alps (German: Südliche Kalkalpen)

2 also the highest mountain in Poland

The Sentiero di San Vili (Path of Saint Vigilius of Trent) is a long distance trail (about one hundred kilometers), connecting Trento with the town of Madonna di Campiglio and circling the Brenta Group of the Dolomites (the highest peak in the so-called Brenta Dolomites is Cima Tosa, 3173 meters).

I accomplished the part between Trento and the lake Lago di Lamar (and back), a distance that eventually summed up to about thirty kilometers.

The weather was quite bad on this early October day, and I was hiking in my raingear without intermission from the very morning on. But I considered a fair amount of discomfort a good thing actually.

What made this tour interesting beside the nature were the scores of 1st World War fortifications, disused bunkers and artificial caves to be found along the way. I could explore quite a lot of them and felt happy like a little boy doing this.

Taking a sober glance, those forts appear rather like a bizarre anachronism and not as somewhat useful devices in a technologically advanced war that was fought just hundred odd years ago.

At my finishing point (or turning point, more exactly), the Lago di Lamar on 714 meters, it had been possible to take a short bath in the lake.

I neglected this opportunity, because it was a little too cold and I was already wet enough.

What I didn’t neglect was the opportunity to consume a real Italian pizza in Trento later that evening, after a march of around ten hours (I got lost a couple of times) through the Italian countryside and being soaked to the bones.

Monte Calisio is a mountain of 1096 meters height, located eastwards of Trento.

The view onto the magnificent limestone formations of the Dolomites during the ascent is absolutely breathtaking, so I interrupted my tour on many occasions for taking photos.

To get to the peak, I had to negotiate around nine hundred meters of altitude difference. The tour is exhausting for the most part, and the footpaths are quite steep. Nonetheless reaching the peak takes just around three hours, so you can finish the whole tour in half a day.

Around Monte Calisio, you can find many relicts of the 1st World War. In fact, it is all but impossible to miss them, such as on 896 meters the “Forte Casara”.

This fort was built in the late 19th century by Austria-Hungary, to which the area belonged until 1918. It is only a ten minutes march away from Monte Calisio, if you choose to descend towards the town of Montevaccino.

I couldn’t figure out whether that fortification was ever involved in major defense battles, but the walling looks kind of intact and well-preserved. I speculate it saw never any fighting and was just abandoned shortly after the armistice agreements.

In Montevaccino, you have again this great view of the surrounding country, but without having it obstructed by a dense forest as in some sections during the descent from Monte Calisio.

I will come back to the Dolomites, no doubt.

Yet the entire Alpine region in Northern Italy is very appealing for its unique nature and its tall mountains (the highest mountain in Italy is by the way Monte Bianco aka Mont Blanc with 4810 meters in the very west).

An ascent to Cima Tosa, Cima Brenta or another summit in Trentino might be a future project, provided traveling is possible next summer.

Traveling with company, in a best-case scenario.

Featured image: View through a barred window in the Fuciliera austriaca