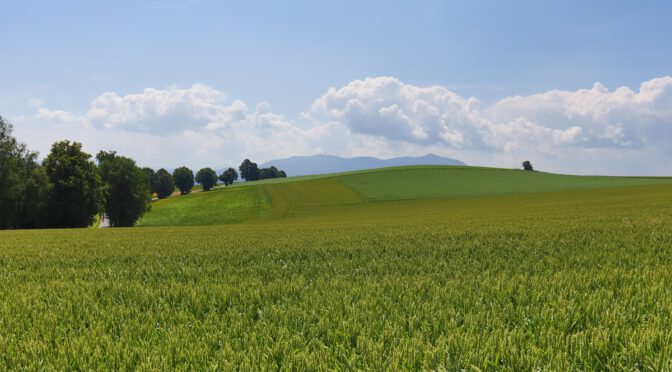 As a person born in the late 1970s I am old enough to remember the existence of two German states and the Iron Curtain that ran between the Federal Republic of Germany and the German Democratic Republic until 1989, as peaceful revolutions overthrew the economically and morally bankrupt communist systems throughout Eastern Europe.

My grandparents and many of my relatives lived (and still live) in the Oberpfalz (Upper Palatinate), a north-eastern part of Bavaria that bordered Czechoslovakia and hence a Warsaw Pact country during the Cold War.

Many people left the more eastern areas of the Oberpfalz on grounds of the comparatively poor economy that was affected by the proximity to the Iron Curtain, and I have dim memories about a peculiar bleakness of the surroundings whenever we made short family trips in and around the hometown of my grandparents.

Partial compensation for the lack of major employers and industry were big training bases, barracks and further facilities held by the US-Army which employed German personnel to a great extent; moreover, American soldiers based at these military sites spent a good deal of their money in local businesses.

In these days, only a small proportion of US-Army troops and active military sites have remained in Bavaria and other parts of Germany.

The peaceful revolutions put an end to the division of the world into two antagonistic blocs, and a large part of military devices, units and garrisons were rendered superfluous by this historical process.

That was especially the case for facilities close to the Czechoslovakian border, as like the transmission and surveillance towers on the Hoher Bogen mountain ridge (former Sektor F area, in military jargon) which were by and by abandoned and decommissioned in the years after the German reunification.

Today, this area with its highest peak Schwarzriegel (1079 meters) is chiefly a destination for walkers and mountainbikers.

And hikers who are attracted by the wintry gloominess of the Bavarian forest, as I was on a very cloudy and foggy November day.

The peaks of the Hoher Bogen can be reached on various marked paths from the towns of Furth im Wald (407 meters) or Bad Kötzting (409 meters).

I had chosen the Fu03 Hohenbogenweg trail, a circular tour of about twenty-one kilometers length that starts and ends five hundred meters off the train station in Furth im Wald.

Starting at the trailhead, you need some three hours to reach the Burgstall mountain (976 meters), and from there around one additional hour to reach the former NATO towers on 1079 meters by making a detour at the “Forstdiensthütte” on 900 meters (switching from Hohenbogenweg to Baierweg).

On the whole, the hiking tour is not a piece of cake as it may appear at the first glance with just about 650 meters altitude difference to negotiate. The last section of the trail to Burgstall is very steep in particular, and it was generally not easy to keep my footing on a wet ground covered almost entirely with withered and decomposed leaves.

The “Aufklärungstürme” (surveillance towers) were not recognizable until the very last one hundred meters, since the thick forest and the dense fog engulfing the mountain ridge made for a very poor visibility.

The towers have a striking and quite distinct appearance. What their precise purpose was, and which sort of technology was installed in those tall buildings that have survived the demolition activities after 1989 I cannot really tell exactly.

My best guess is that there are radar antennae inside the spheric structures (the so-called radomes which are essentially intended to conceal as well as protect their interiors) at the northernmost tower, and the other towers contain a set of various delicate active and passive UHF antennae in all likelihood (Ultra High Frequency is the frequency range between 300 MHz and 3 GHz; radar takes place mostly in the Super High Frequency range, i. e. between 3 GHz and 30 GHz).

Unfortunately time didn’t allow to explore much more on the Hoher Bogen because sunset was approaching and hiking in unfamiliar terrain at night during winter time is usually not the best idea (at least for unexperienced hikers).

I hiked to the Warsaw Pact pendant to the Hoher Bogen this year too, the Čerchov mountain (1042 meters), an interesting tour that I can also very much recommend.

There are many more instances of Cold War facilities that are museums or sort of open air exhibitions today. Like, for example, the former radar stations on the Wasserkuppe in Central Germany that I visited three years ago.

So the Hoher Bogen was for me surely not the last place to explore in this context.